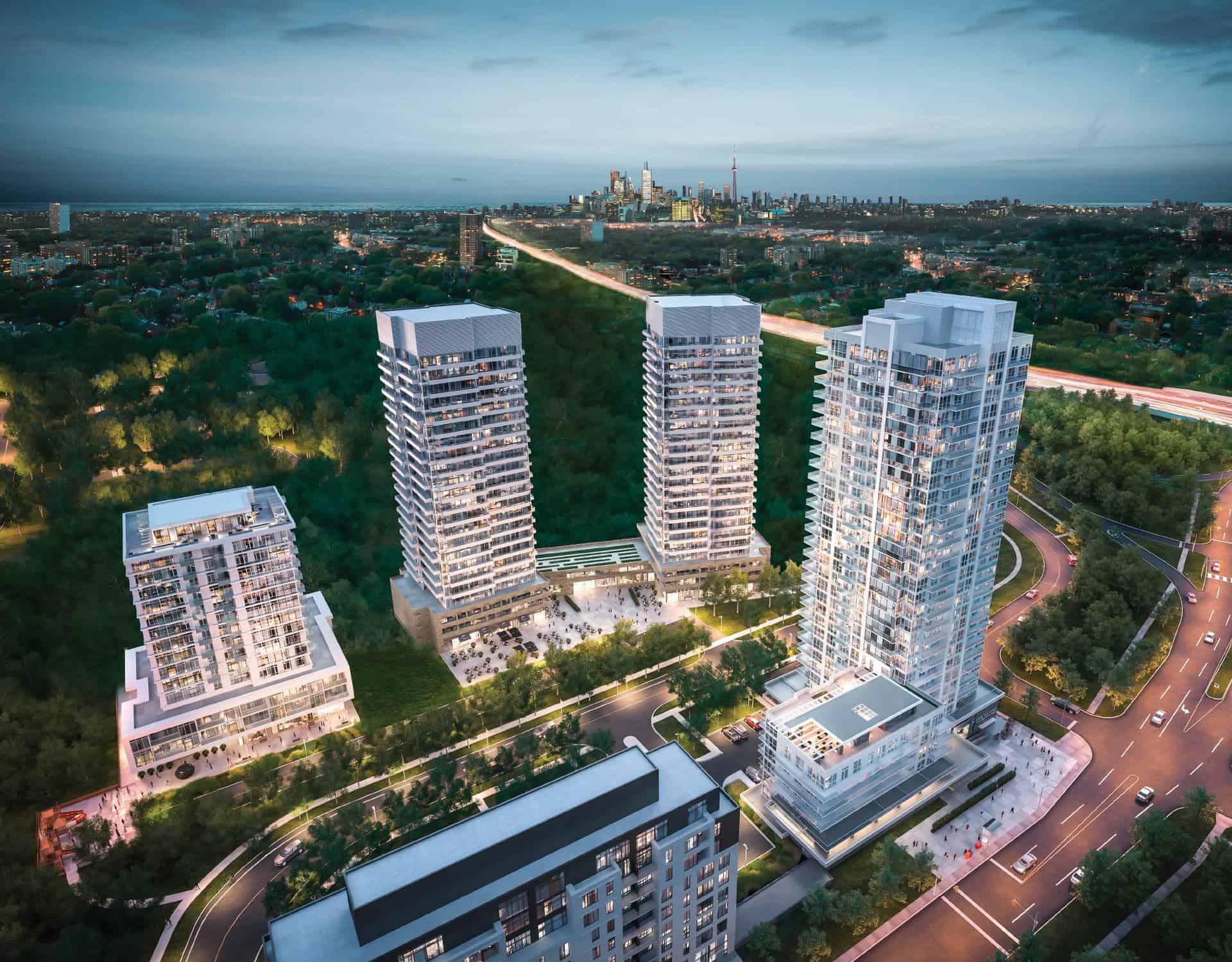 Be apart of a new master-planned community in York Mills at the DVP, which will ultimately comprise a total of seven buildings with over 1,600 units on 13 acres, with two acres of new parkland and two more acres of dedicated conservation lands, overlooking the Don Valley and the spectacular Brookbanks Park Perfectly located from all of your transportation needs! Future residents at The Ravine will be 6 minutes from the Don Mills Subway Station where in just 4 stops west you are able to seamlessly transfer onto the Yonge-University Line Residents will also be 6 minutes from the Oriole GO Station where you are able to arrive in Downtown Toronto’s Union Station in just under an hour! Conquer your morning commute with incredible ease being just 4 minutes from the Don Valley Parkways (DVP), seamlessly connecting you to highways 401 & 404 in just minutes! Located just down the street from CF Fairview Mall which features over 180 stores, offices as well as a cinema complex. You are also moments from from IKEA, Canadian Tire, the Scarborough Town Centre and more Minutes from a number of parks such as: Parkway Forest Park, Graydon Hall Park, Betty Sutherland Trail Park, Havenbrook Park and so much more 7 Minutes from the North York General Hospital The Ravine is being developed by a highly reputable developer, Urban Capital, who have delivered over 4,900 urban condominiums, with another 3,900 under construction and several thousand in the pipeline, totalling over $4.4 billion in development!