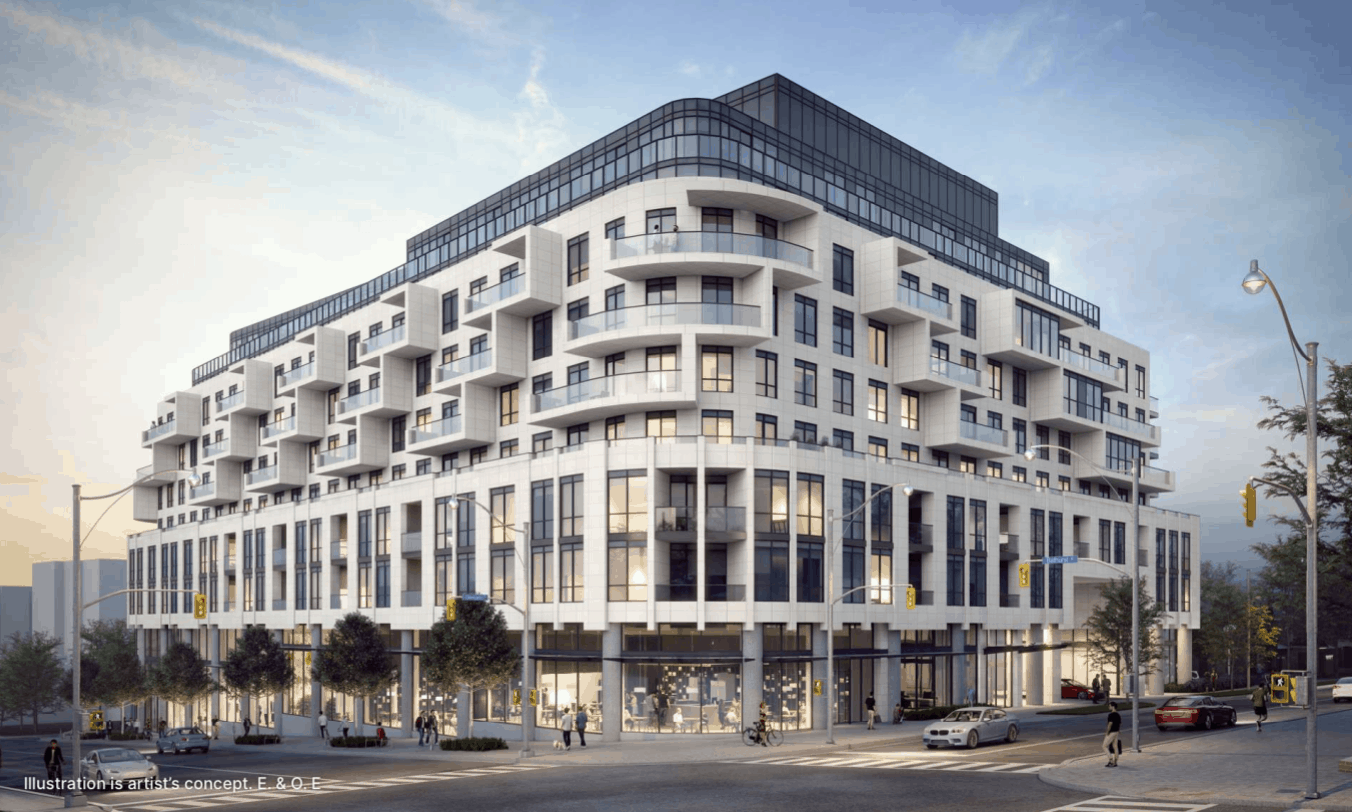 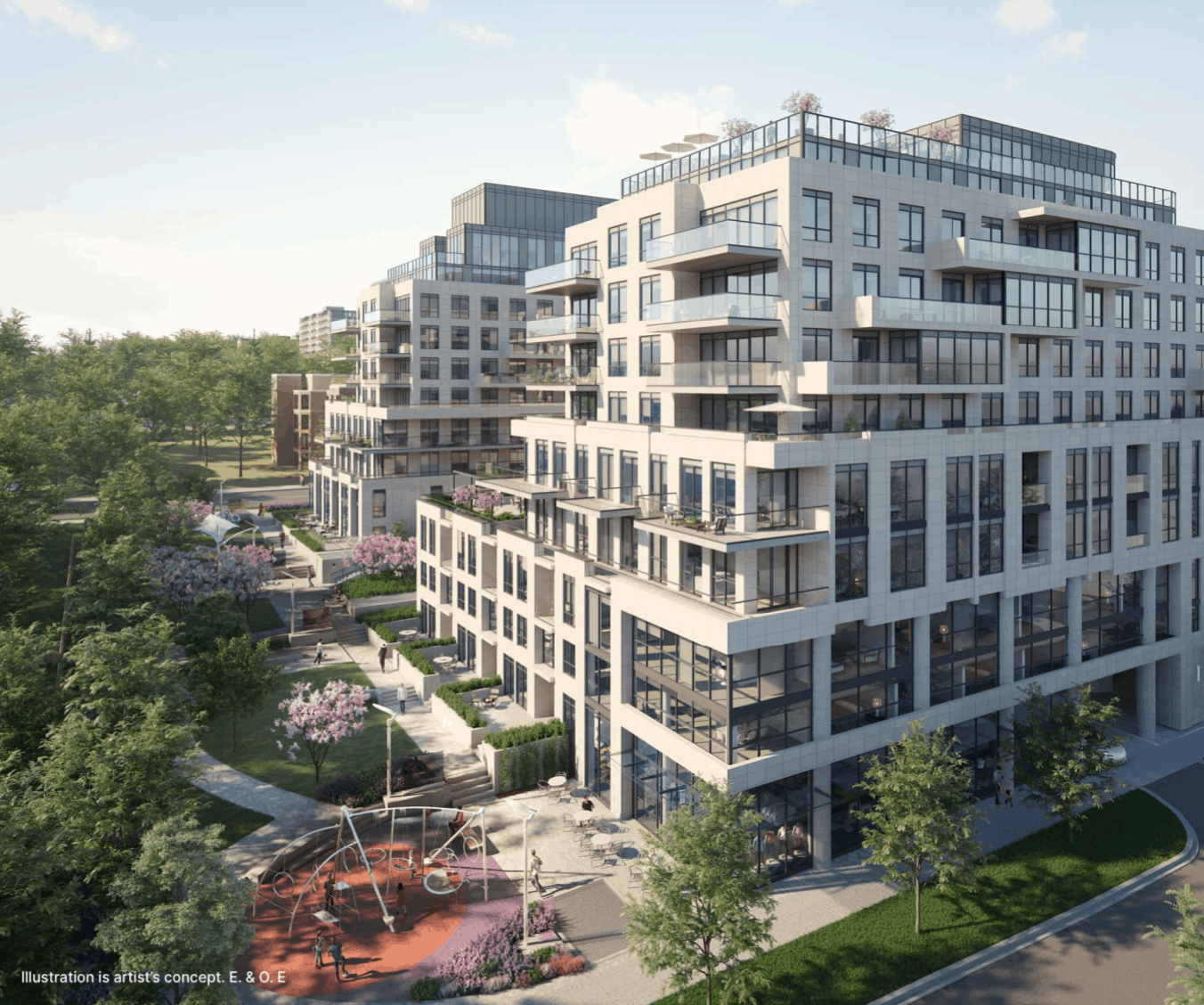 Welcome to Glen Hill Condominiums, a limited collection of lavish residences, custom-designed to meet the elite needs of only the most discerning clientele located in Toronto’s storied Bathurst & Glencairn neighborhood. Perfectly located from all of your everyday needs, Glenhill places residents moments from Glencairn Station, the upcoming Eglinton Crosstown LRT, the Downtown Core, Major Highways, Yorkdale Shopping Centre, and so much more.

Perfectly located just a 3 minute drive or 14 minute walk from Glencairn Station where in just 1 stop south you will arrive at Eglinton West Station which will be home to a stop along the upcoming Eglinton Crosstown LRT. Not only that, but residents will have seamless access to Yorkdale Mall, York University, St George Station, the University of Toronto, Union Station and so much more all accessible by subway! The Eglinton Crosstown LRT is set to be completed in 2021, and will feature 25 stations and stops running east-west across Toronto (from Mount Dennis Station all the way to Kennedy Station) allowing you to travel 19 kilometres faster than a streetcar, a bus, or a downtown subway. In fact, your Crosstown LRT vehicle will be up to 60% faster than your current travel time! Residents at Glen Hill Condominiums are located in Toronto’s North End and will have easy and quick access to the Downtown core. Downtown Toronto’s population is currently about 250,000 and is expected to be 475,000 by 2041. Toronto is also the financial services capital of Canada, housing the headquarters for five of the nation’s largest banks. 7 Minutes from Yonge & Eglinton which is Toronto’s FASTEST Growing and Second Largest Employment Centre, boasting a 28% increase in jobs in the last five years. Already home to corporations such as Facebook, LinkedIn, RioCan, Canadian Tire HQ, and Amnesty International, among others, has already substantially increased housing demand in the area. The neighbourhood is also home to hundreds of restaurants, retail & entertainment options Less than 10 minutes from Highway 401, seamlessly connecting you to both Highway 400 & 404 in just minutes — travelling throughout the GTA will be an absolute breeze! 7 Minutes to all of your shopping needs at Yorkdale Shopping Centre which features over 240 retailers and is home to Canada’s largest collection of luxury brands such as Burberry Cartier, Chanel, Gucci, Jimmy Choo, Louis Vuitton and more! 12 Minutes from Toronto’s largest urban park, Downsview Park! Covering 572 acres of land, Downsview Park offers an incredible variety of activities to enjoy including soccer, baseball, football, rock-climbing, go-karting, Downsview Park Merchants Market, Toronto Wildlife Centre, Festival Terrace, Scotiabank Pond Arena, The Toronto School of Circus Arts, Volleyball Canada, The Hoop Dome, Circuit Path Walking Trail, and much more Moments to Downsview Airport which is 375 acres and is currently being offered for sale for future mixed-use development. This will easily be one of the largest redevelopment sites in the nation and you have an opportunity to purchase in the area before and at pricing which will not be available to you in the future. To give you a magnitude on the size potential — Canary Wharf in England is only 97 acres but has a working population of 120,000 people in 37 commercial buildings with over 300 restaurants. This future development land is well over 3.5 times the size Glen Hill Condominiums is being developed by a highly reputable developer, Lanterra Developments, who possess over 20 years of experience!