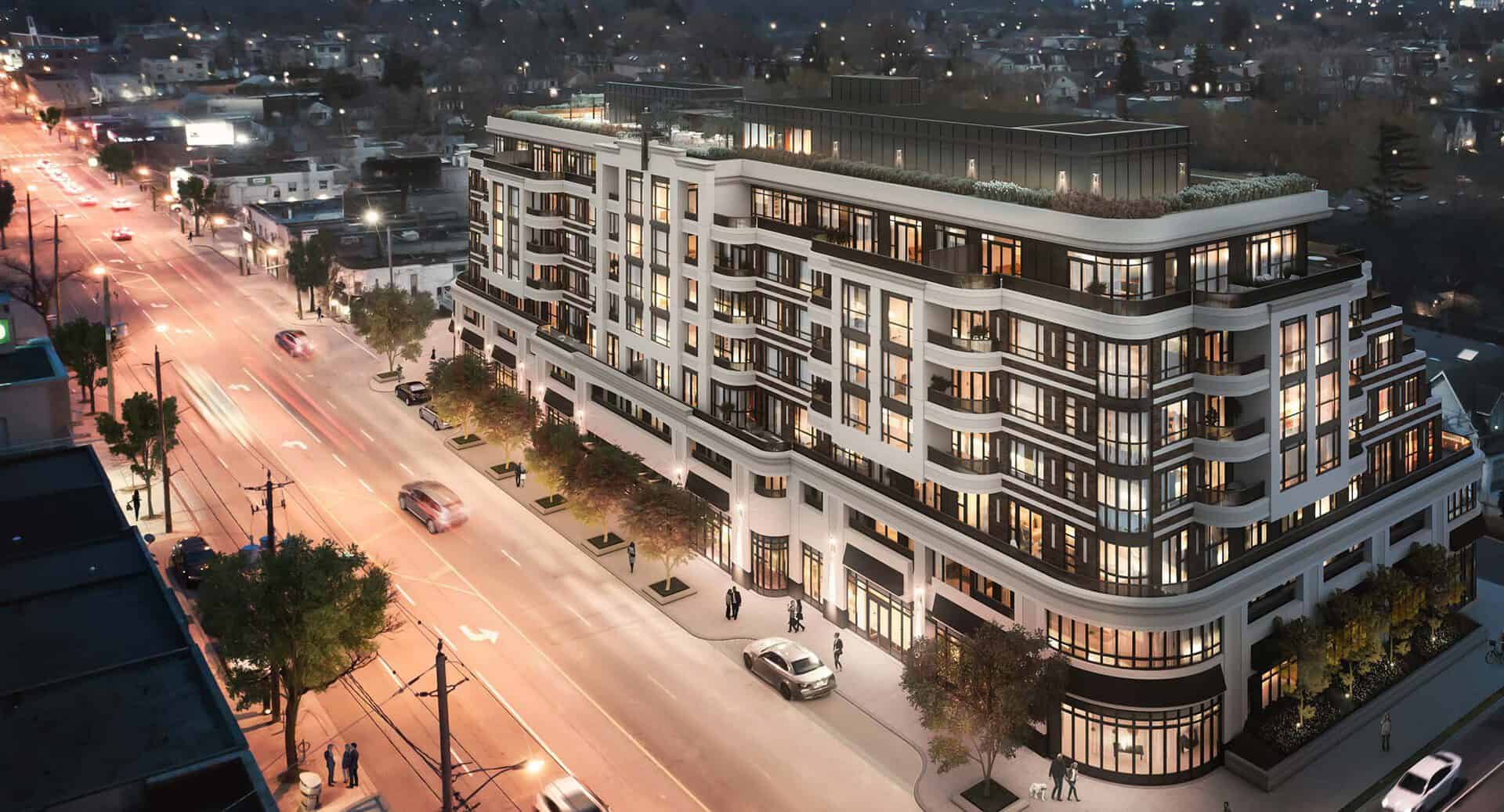 Introducing Empire Maven, the newest development by Empire coming soon to Avenue Rd & Lawrence Ave W in North York! This 7-Storey boutique residence caters to all of your needs being just minutes from Subway Transit, Highway 401, Yorkdale Shopping Centre, York University, Downsview Park & so much more that can be found in this highly desirable neighbourhood.

Conveniently located just 4 Minutes from the Lawrence Subway Station connecting you to the Yonge-University line where in just 6 short stops you are able to transfer onto the Bloor-Danforth Line. You are also 5 Minutes from the Lawrence West Subway Station where in 9 short stops you will arrive at the Vaughan Metropolitan Centre Perfectly located only 3 Minutes from Highway 401 seamlessly connecting you to both Highway 400 & 404 in less than 10 Minutes! Travelling throughout the GTA will be a breeze 12 Minutes to Toronto’s largest urban park, Downsview Park. Covering 572 acres of land, Downsview Park offers an incredible variety of activities to enjoy including soccer, baseball, football, rock-climbing, go-karting, Downsview Park Merchants Market, Toronto Wildlife Centre, Festival Terrace, Scotiabank Pond Arena, The Toronto School of Circus Arts, Volleyball Canada, The Hoop Dome & Much More Downsview Park offers fantastic amenities to enjoy the great outdoors with the Circuit Path Walking Trail — a paved 2.7km path looping around Downsview lake, orchard, meadow and forests, the 9-acre lake featuring walkways, fountains, stone seating areas, large shade trees, and gardens Moments to Downsview Airport which is 375 acres and is currently being offered for sale for future mixed used development. This will easily be one of the largest redevelopment sites in the nation and you have an opportunity to purchase in the area before and at pricing which will not be available to you in the future. To give you a magnitude on the size potential — Canary Wharf in England is only 97 acres but has a working population of 120,000 people in 37 commercial buildings with over 300 restaurants. This future development land is well over 3.5 times the size Less than 10 Minutes to all of your shopping needs at Yorkdale Shopping Centre totalling more than 240 retailers and is home to Canada’s largest collection of luxury brans such as Burberry Cartier, Chanel, Gucci, Jimmy Choo, Louis Vuitton & More 12 Minutes to York University which is home to 53,000 students & 7,000 faculty. 6,200 of York’s student population are international students, coming to Canada from 178 countries around the world Empire Maven is being developed by a highly reputable developer, Empire Communities, who possesses over 25 years of experience and has built over 12,000 new homes and condos. Today, Empire is one of the largest homebuilders in North America with current communities in Toronto, Southwestern Ontario and the Southwestern United States